The weekend was rainy, chilly, and dark –especially today– and suitable to housework, shopping, and staying at home to read. So we continued our work from last week: She pulled old merchandise boxes out from under the basement stairway where they had been stored. I removed the packing materials from the boxes, then flattened the boxes. Items from the now-closed storage locker went under the stairs. Today we took the cardboard boxes and packing foam to places where they can be recycled. The housework shows and the basement, which was a disaster zone following last weekend's clearing of the storage locker, is much better. There's still a way to go but we're making progress. We watched the animated film Ratatouille (just released on home video) Saturday night. It seemed only fitting to enjoy a little wine and cheese, instead of popcorn, whilst watching the film. It was great to see the movie again as it is a masterful production in every way. 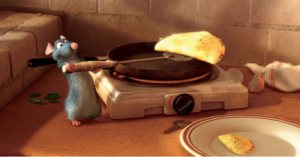 Last night I finished reading The Edification of Sonya Crane, a book I spotted at the library. The thing that jumped out at me was the author's name in bold print on the cover:  JD Guilford. I don't think we're related but that sort of thing really catches your eye. It's a gritty novel, aimed at the "Young Adult" reader, about a girl's search for self-identity — that's the central story line, anyway. It's a good first novel but deals with tough urban teen issues and uses language that may make some readers uncomfortable. There are also a few typos that escaped the publisher's proofreaders! All-in-all a good read and the first novel I've read in years. Captivating and enjoyable.

Our astronomy club lost one of it's finest people last week when, on November 5, Art Nanadal unexpectedly died in his sleep. He was known for his friendly and outgoing nature — something unfortunately missing amongst the majority of those who attend our club's gatherings. It's not that attendees are unfriendly, it's just that, for the most part, we don't walk up to newbies and warmly greet them; a serious failing in a social group and a personal weakness. Art did that and more. He was also an active volunteer with other organizations, not the least of which were Project Astro, and Special Olympics. There's an astronomy club meeting Monday night, a week after his death, and I'm sure his name will come up often.

It was a cloudy week but one night (Was it Wednesday?) I did get a peek at the stars through a break in the overcast; it was just enough to confirm that Comet 17P/Holmes was still glowing brilliantly in the constellation Perseus. It was easy to spot the obvious change in its relative position since the weekend. Haven't seen it since with the weather as it is. I've got an Observatory open night coming up next weekend and, if the weather is clear, we'll focus on the comet as much as anything else. It will be interesting to see if there's any difference in its telescopic appearance.