Beginning of a beautiful friendship 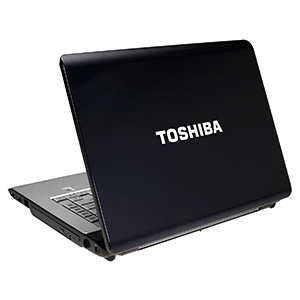 Just about the time I was beginning to seriously consider buying a notebook computer of my own, I received some gift money! Nice when it works out that way. She Who Must be Obeyed was cool with it and, rather than claim it as "family income" let me use it for shopping. She even wound up chipping in a bit more to help with the purchase! So, literally overnight, I went from casual shopping for cheap, even used, notebooks to buyer of a new modestly-priced modern wonder. I picked up a Toshiba Satellite A215-S5818 at a local big box electronics store. Actually we shopped one store after dinner out Friday but they were sold out. We wound up heading to another of the chain's stores much closer to our home where two computers were on hand. It came pre-loaded with Windows Vista Home Premium … not my first choice in OS but I figured I ought to use it as a learning opportunity because it's a M$ world and, before long, Vista is going to be the only choice. Anyway, the machine has loads of memory (2 GB), really good modern processor, and should suit my purposes just fine: telescope control and image capture, speaking engagements, and (rarely) on-the-road communication. And yeah, I really do need to learn Vista inside and out.

My out-of-the-box experiences with it might be as expected for an IT guy: look it over, remove all the crap software the manufacturer installed, establish network connectivity, run Microsoft Updates to get the OS patched, start installing my software. No fun stuff just yet, mostly utilities, but the fun* comes soon. My first impression is that the computer was an excellent buy and I'm pleased with what I'm seeing. It's fast and quiet, has a beautiful display, is light weight enough for me, and seems well built. Its Wi-Fi connectivity is fast. Vista will take getting used to for, as in previous OS introductions, the features are pretty much the same but accessing them has been changed… many things have been moved. First speaking engagement is Feb. 2 at a nearby nature center and is entitled, "The Great Mars Hoax." Title was someone else's idea but it's an interesting starting point and ought to be a lot of fun. I may name the machine "Louis," because what springs to mind is the final words from the classic film Casablanca when Rick and Louis are walking off into the foggy night at the airport. Rick says to police Captain Renault, "Louis, I think this is the beginning of a beautiful friendship."

* Fun for me isn't gaming. The fun stuff will be astronomy and image processing software. I think the last game I played on a computer was solitaire and I've no interest in any games I've seen or heard about. I've just never been that kind of guy!