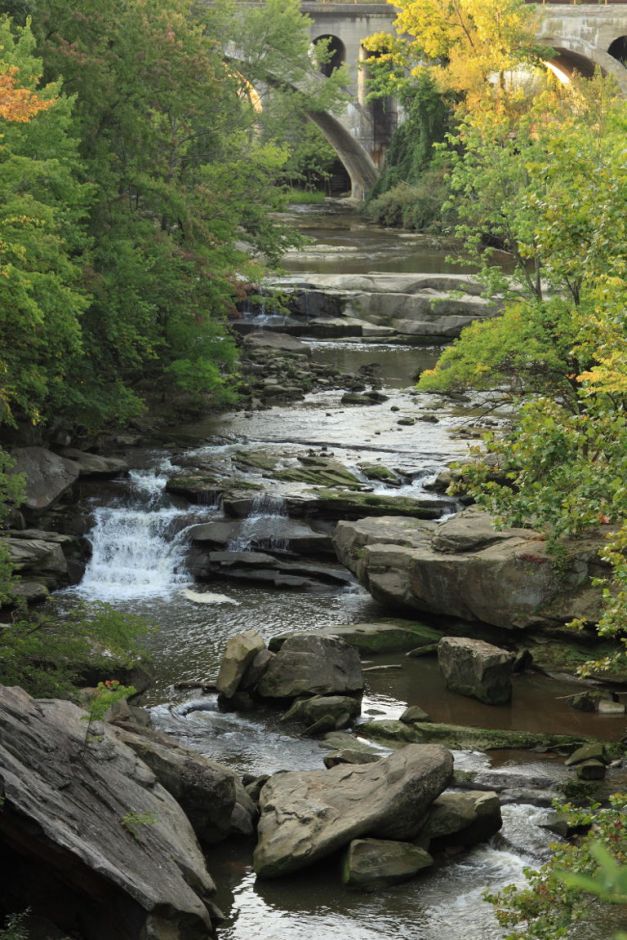 I had enough time on my drive this morning to pause at the Berea Falls Overlook in Berea, Ohio. I also had my “big” camera with me — thrown into the car at the last minute with no extra gear, including no extra battery. I walked from the parking area to the deck which extends out over a deep, rocky gorge. It was a breathtaking view, indeed, though Cleveland Metroparks needs to prune trees that have grown up around the deck partly blocking the view. So back to the car I went to grab the camera. I shot my usual image documenting where the following images were taken. Then I focused on the scene and shot my first image. I thought I got off one or two more but then the camera stopped responding. Yep… the battery was dead, dead, dead! Stupid mistake the result of a last-minute change. No chance to improve focus, use different exposures… Ugh! Later, accessing the camera’s memory card from a computer, I found only the documentation shot and one photo of the Falls. Still, the alpha/omega picture turned out pretty well and I now know a new place to revisit when better prepared!