A cold celestial dance before bed 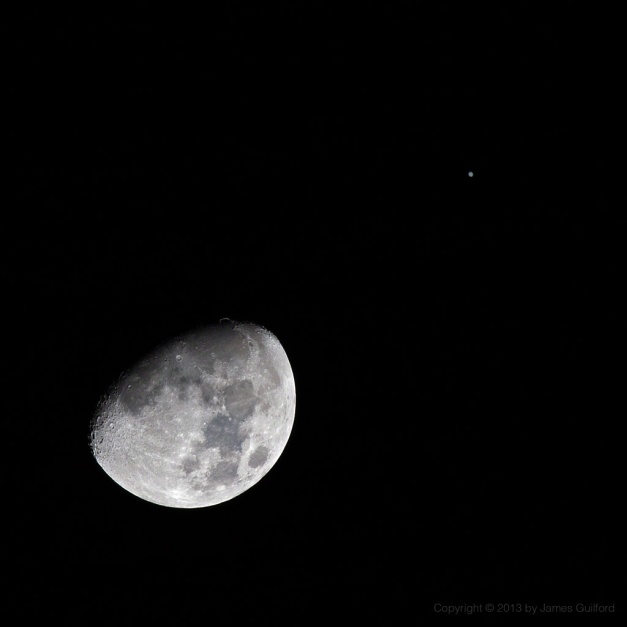 Close conjunction of the Moon and Jupiter.

Despite the fact it was 9 degrees (F) and just before 11:00 PM, I simply had to go out and try a shot of Monday night’s close conjunction of the Moon with Jupiter. Skies had cleared and the day’s occasional snows stopped, so I had a good opportunity. I stepped out on to our sidewalk and, tolerating the frigid breeze as long as I could, shot several exposures, bracketing the shutter speed. I only got one or two that were acceptable to me, mostly due to focus being off. The image I’m sharing is sharp enough that (in the uncompressed original) it even shows hints of Jupiter’s cloud belts, diagonal here in its tiny disk. None of Jove’s moons show due to the short exposure needed to record Earth’s Moon. Pictures done and shared here, on Twitter, and on Google+, it was off to slumberland having witnessed a cold celestial dance before bed.