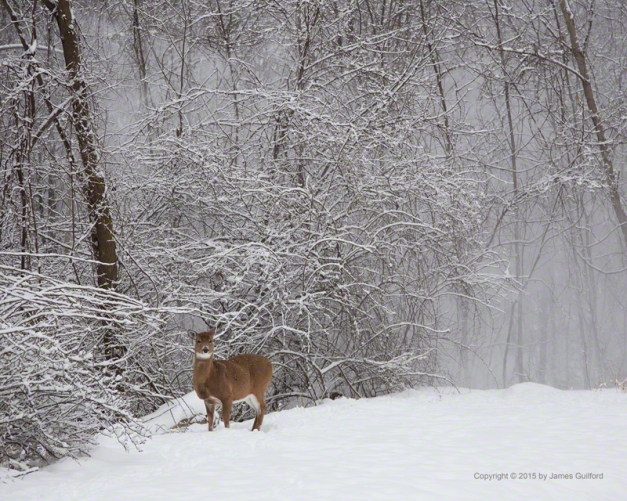 On a much-needed hike in the fresh snow, I followed deer tracks until I met their makers: a buck and doe Whitetail hiding in the woods. I watched them and they watched me. I shot a few photos. I walked a bit closer to the deer. I shot a few photos. And so on. The buck, more wary than the doe, took off down the bank of a shallow gully and watched from the other side. The doe stayed put though she twitched with each click of my camera’s shutter. A gust of wind arose blowing the snow off bare tree branches above, falling in a sudden and brief blizzard, looking like fog. I recorded a few more image frames. I approached a bit more. The doe gave me one last look and followed her mate deeper into the brush. Lifted, I turned back and away from the Whitetails and, slogging through the snow and frigid evening air, headed to the edge of the wood, returning to a noisier world.

Too Close, Time to Go