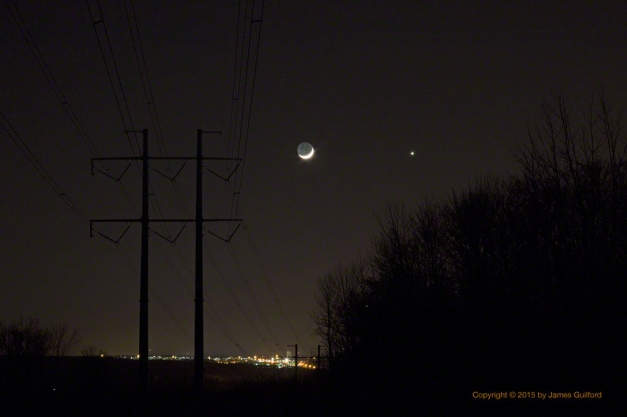 I was disappointed with my previous efforts at recording an earlier close passage of our Moon and Venus. The Moon’s orbit, however, gave me a second chance on a night when the sky was pretty clear. Pretty cold, too, at an unseasonable 23F. 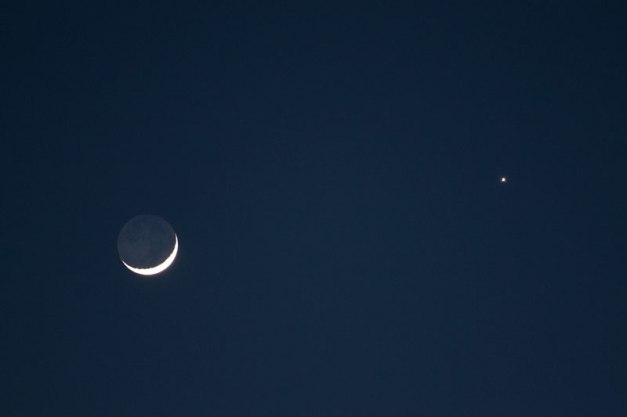 Moon and Venus in Twilight

But I braved the temperatures and, using two different Canon camera bodies, got shots of the combo first in twilight, later in a dark sky. Well, the sky here isn’t really all that dark, but it was pretty good. 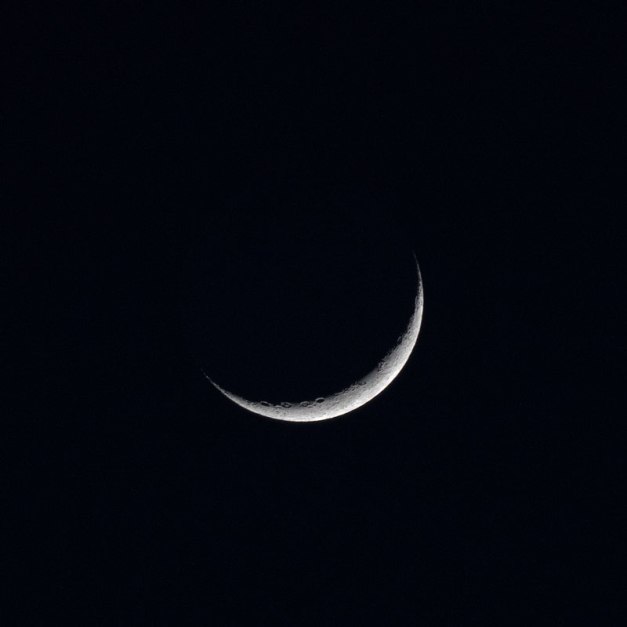 Some shots I exposed to get some detail in the lighted portion of the thin, waxing crescent Moon; others I exposed to record the Earthshine portion of Luna’s disk. The late shots I took from a vantage point that overlooked the lights of a nearby city whose glow put power lines and their towers into silhouette. 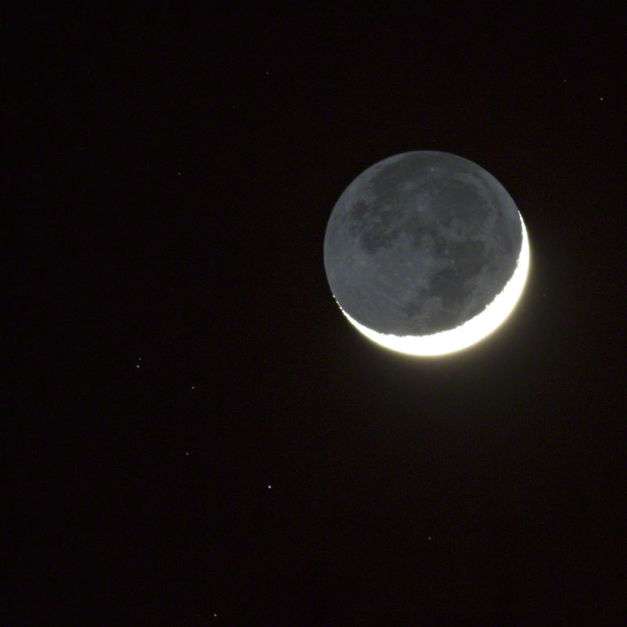 All-in-all, I’m pleased with the night’s efforts. Especially now that my fingers aren’t red from the cold air!