The night of July 8 started out with my wanting to photograph the Moon and Jupiter together in the western sky. There they were, hanging in the dark with a wisp of cloud lending mystery to the scene. It was lovely.

Clouds Moving In, beginning to cover the Moon and Jupiter.

Then clouds began to obscure Luna’s bright crescent. Thicker and thicker came the clouds and then, above the horizon, clouds lit up with flashes and thunder rumbled… a thunderstorm was coming! I was expecting storms to arrive later but there I was, all set up and ready to record the show! 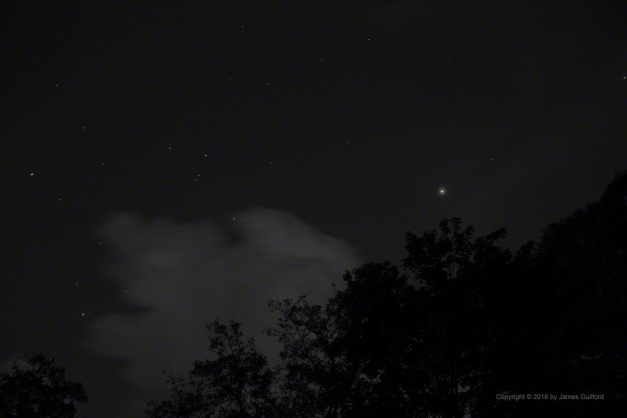 Mars and Stars – the View to the South

I looked to the south and not yet reached by the approaching weather was the beautiful sight of brilliant planet Mars and the stars of constellation Scorpius. Lovely to see but about to be upstaged! 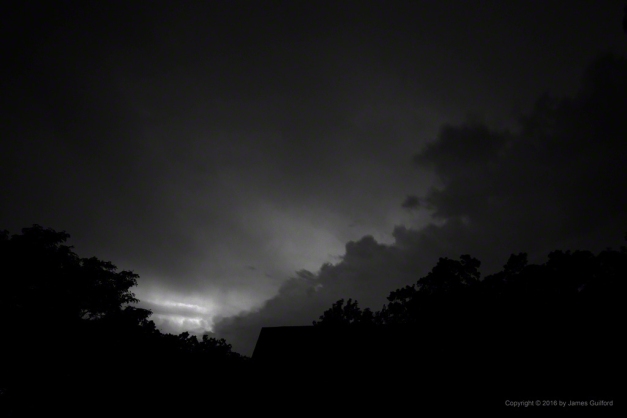 Lighting up the Distant Clouds

I made a lot of exposures, mostly showing clouds illuminated by hidden lightning though after the fact I discovered there had been faint streaks in the open all along. Sometimes the whole sky seemed to light up. 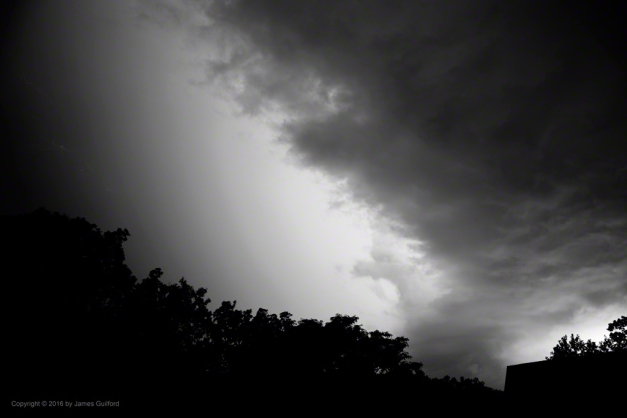 The Whole Sky Lit Up

As the storm grew closer, the lightning grew more intense until nicely-placed lightning bolts appeared and I got my best shot of the night. Only moments after that final good exposure the wind grew and rain began to fall, forcing me indoors.

Shot of the Night – Double Bolts