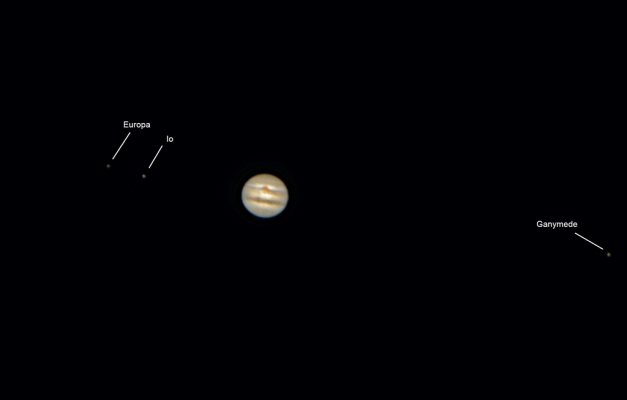 Planet Jupiter and three of the four Galilean Moons are shown here, as imaged in the early morning hours of July 5, 2020. First Light for a new astronomical camera. And early efforts on new approaches to astrophotography for me.

I purchased a modest dedicated astronomical camera (ZWO-ASI178MC) recently, mostly for eventual autoguiding of my telescope during long-exposure imaging. The ZWO is described as a “planetary camera” so I thought why not? With Jupiter and Saturn near opposition and in good viewing position, let’s get first light tests using those beauties?

The penumbral eclipse of July 4- 5, 2020 was barely noticeable, even via telescope. The Full Moon, however, was impressive. Photo by James Guilford.

July 4 – 5 was the night of the very weak penumbral lunar eclipse and everything was set up in my yard for that. I had also made significant progress getting the new computerized telescope mount functional. Using SkyWatcher’s Wi-Fi module and my iPhone, helped immensely, providing precise GPS location and time information to the mount. Finder scope alignment helped, too!

So after finishing with the Full Moon and removing the DSLR camera from the telescope, I installed the little ZWO. 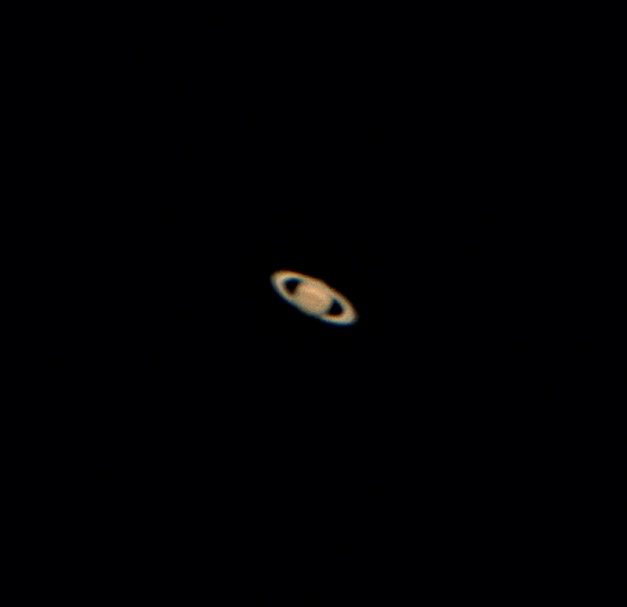 Planet Saturn shown here, as imaged in the early morning hours of July 5, 2020. First Light for a new astronomical camera. And early efforts on new approaches to astrophotography for me.

The camera worked well and I was quickly able to record images of Jupiter and Saturn. As a bonus, Jupiter’s Great Red Spot happened to be on the Earth-facing side of the planet. As for Saturn, I could see the image swimming on the computer screen so I didn’t expect much and didn’t get much. You can tell it’s Saturn and even begin to see some atmospheric banding. 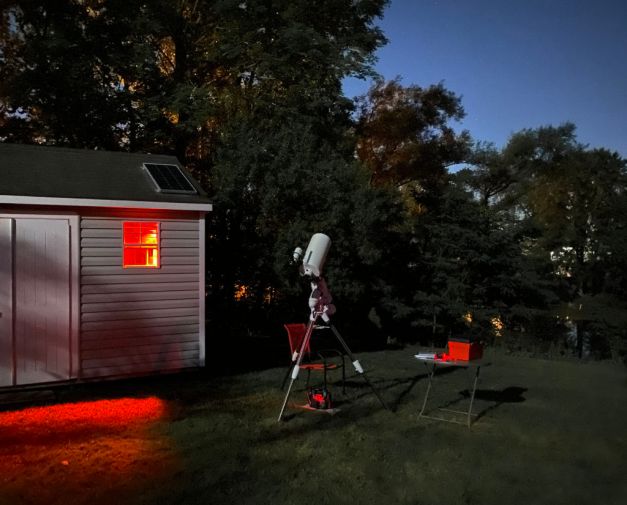 Backyard telescope setup for the July 2020 penumbral lunar eclipse and later planetary imaging. This is an iPhone photo shot by the light of the Full Moon.

I still have much to learn about operating the camera control software and post-processing. As crude as the resulting images are, for first efforts the results are encouraging.