Herons of green and blue 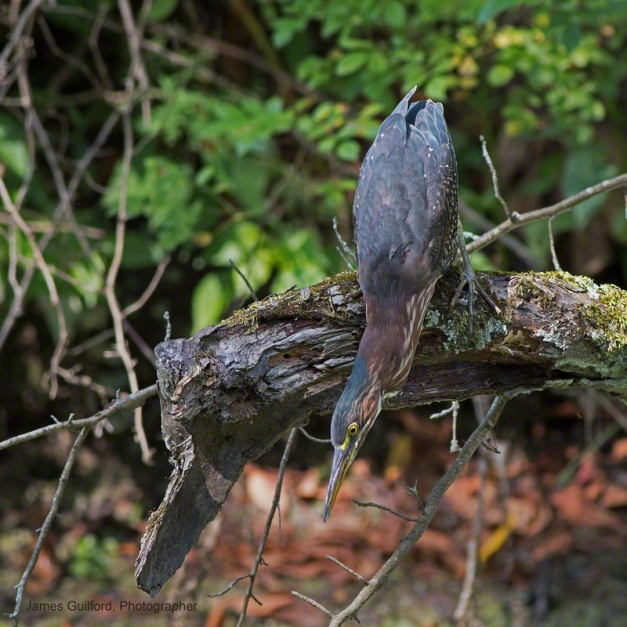 I spent some quiet time along the Ohio & Erie Canal in the Cuyahoga Valley National Park late Sunday morning watching the herons. I was surprised at how many Green Herons I spotted — at least four — and how close I was able to approach two of them. The first of the greens was perched on the trunk of a tree that had long ago fallen into the canal. From the wooden perch the smallish bird watched for prey, preened, and even messed with a twig it picked off the trunk! A little farther down the canal I watched a Great Blue Heron as it struck a typically statuesque pose studying the water for signs of fish. After a while the blue struck and caught a small, wriggling fish. I shot a good number of photos whilst standing or sitting and watching the green and blue herons but the best part was just quietly being there.