Song looping through my head….

Posted by Photonstopper on January 10, 2010
Posted in: Uncategorized. Tagged: music. Leave a comment

Going through my head all afternoon was Lullaby of Birdland, an instrumental version actually, but Ella Fitzgerald's rendition is quite wonderful! I think I picked it up from some mall store's background music; a perfectly lovely obsession that had me whistling the tune more than once. 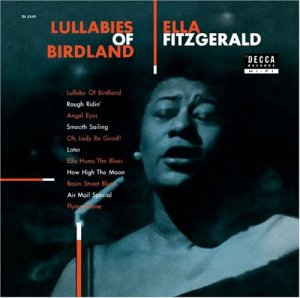 I love this commercial!

Sitting in the Heart Center's Au Bon Pain 24-hour restaurant for a late dinner the other night, I was aware of the Christmas holiday background music playing. I found it both ironical and darkly amusing that just before leaving I heard someone singing, All I Want for Christmas is Your Heart.

Posted by Photonstopper on June 7, 2007
Posted in: Uncategorized. Tagged: colin hay, music, scrubs, zach braff. 1 Comment
Ah, Scrubs. I love that show and it has been great to have so many opportunities to see repeats via Comedy Central, etc. I hope they don't run it into the ground! The writing and performances can give you extreme silliness and laughter at one point and move you to tears 15 seconds later. Not bad for a little half-hour TV series! The show's use of music is also impressive and fun. Like this mini-music video from one show seen again recently. The main characters are frustrated and angry with each other for a variety of reasons. Zach Braff's "J.D." is hiding from an especially enraged "Dr. Cox." And they set it to music by Colin Hay. To the impressive Zach, whose career is so far brilliant, I'll send out an, "I love you man, in a non-gay way!"